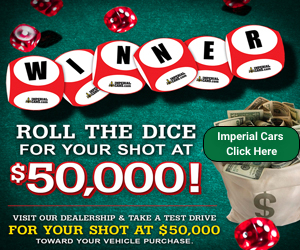 TO BE INDUCTED INTO RHODE ISLAND HERITAGE HALL OF FAME

According to Board president and 1995 inductee, Dr. Patrick T. Conley--the Hall of Fame, consisting of illustrious Rhode Islanders from Roger Williams and the chief sachems of the Narragansett and the Wampanoag tribes to the present--was created in 1965 to honor “any individual who has brought credit to Rhode Island, brought Rhode Island into prominence, and contributed to the history and heritage of the state.”  Such individuals, said Conley, must have been born in Rhode Island, lived, studied, or worked in Rhode Island for a significant time, or made his or her reputation here.

This year’s annual induction ceremony--the 56th--will take place on Saturday, October 23, 2021 at The Crowne Plaza in Warwick.  A 5:30 p.m. social hour will be followed by a 6:15 p.m. dinner, entertainment, and the induction ceremony.

Board Vice President, Albert Beauparlant and Director Michael Lyons are event and dinner chairmen, and Director Steve Aveson is Master of Ceremonies.  The Rhode Island Highlanders Pipe Band and the Pawtuxet Rangers Fife and Drum Corps will open the evening’s program followed by an invocation by Reverend Eugene McKenna and an address delivered by Dr. Conley.  Dinner music will be provided by an array of well-known local musicians.

The Inductee Class of 2021 (listed alphabetically) with their inductors (who are Hall of Fame Inductees or Directors) is as follows:

Pioneer Black athlete who starred on several local integrated amateur and semi-professional championship baseball teams in the late 1940s in the manner of Jackie Robinson.

Major real estate developer and chairman of numerous public and private boards including the Rhode Island PBS Foundation where he is chairman emeritus.

Strong advocate for social change and justice, first as a religious sister, then as a state representative, and finally as a director of several important humanitarian organizations.

Nationally prominent pioneer and researcher in the field of neonatal medicine, teacher, and author of 443 peer-reviewed studies in pediatrics, most in his specialty—Neonatal Intensive Care.

The donation to the Heritage Hall of Fame for the dinner event is $85.00.  The Rhode Island general public is urged to attend to pay tribute to their distinguished fellow citizens.  Tickets can be ordered online at: www.riheritagehalloffame.org, or by calling (401) 273-1787, Susan Gorniewicz, Executive Director, tickets must be purchased in advance by October 15, 2021.

Friends, colleagues, and admirers of specific honorees are urged to attend.  They should give the ticket agent information concerning their specific honoree in order to be seated near that inductee.

For further information on this release call Susan Gorniewicz, Executive Director RI Heritage Hall of Fame (401) 273-1787 or email at This email address is being protected from spambots. You need JavaScript enabled to view it.

Remember Bid on the Phone but watch here:  LIVE on O-N TV

Ninety-three-percent of coronavirus cases in the U.S. are linked to the Delta variant. That's according to the latest numbers from the CDC which looked at the last two weeks of July. However, the Delta strain accounts for 98-percent of the infections when looking at the region where states like Iowa and Kansas are located.

&nbspA new report shows fewer jobs were added in the U.S. than expected. Payroll processing firm ADP says 330-thousand positions were added last month, which is much fewer than the 650-thousand jobs analysts were expecting. The ADP figures come ahead of the jobs report that'll be released by the federal government on Friday.

&nbspAttorneys for former President Trump are attempting to block the release of Trump's tax records to a U.S. House committee. A motion was filed with a federal court after the Justice Department gave the go-ahead for the Treasury Department to release the documents. Trump's lawyers claim there isn't a legitimate reason for Congress to access them.

&nbspA majority of New Yorkers want Governor Andrew Cuomo to resign. That's according to the results of a Marist survey which shows 59-percent of New Yorkers feel that way. Meantime, the poll results also say 32-percent think the governor should serve out the rest of his term.

&nbspGuests at the upcoming Met Gala in New York must show proof they're fully vaccinated against COVID and wear masks. This follows news that all New York Fashion Week shows next month will require COVID shots too. The gala at the Metropolitan Museum of Art, called "America: A Lexicon of Fashion," will be held on September 13th. 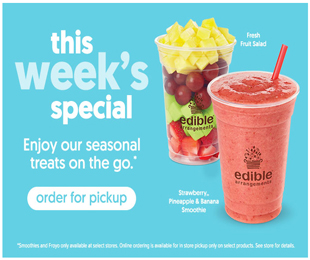